Potential Tax Code Changes And How They Will Impact Solar Investment

Following the confirmation of President Trump in 2017, concern mounted regarding tax reform and the potential impact on the solar industry.  One of the main benefits of third party ownership of solar assets is the tax liability savings, consisting of the investment tax credit (ITC) and the Bonus MACRS Depreciation.  If these are reduced or eliminated, it would obviously have a significant negative impact on solar ownership.

Most of the solar industry agrees that the administration is unlikely to touch the Omnibus Bill that allowed for the continuance of the Investment Tax Credit.  That being said, if the federal tax rate decreases from 35% to the proposed 15%, the ability to receive the full amount of the ITC in the first year (any unused amount can be carry-forward to the next year) and not receive the full benefit of  bonus depreciation will be negatively impacted.  The federal tax rate isn’t the only concern for the solar industry.

The following tax code adjustments could impact the financing and third party ownership of solar projects:

The corporate tax rate is currently set at 35%, but proposed tax cuts could lower it to as much as 15%.  If this were to occur it could have a negative impact on the tax equity available in the market, as banks, utilities, and insurance companies would not be able to monetize 100% of the ITC in the first year.  Less tax equity in the market would create an adverse condition in solar financing.

Below is an example of a company investing $600,000 in a solar project, and generating revenue of $50,000 and incurring expenses of $45,000 in the first year.  In addition, the company has other revenue and expenses of $950,000 and $0, respectively.  The analysis is referring to only the first year of the project, but please note that this project could have a useful life of up to twenty years.  The company has calculated their tax liability for a tax rate of 35% and 15%, and wants to determine tax liability offset savings.  It first must decide what depreciation method to use (Bonus MACRS Depreciation or the Traditional MACRS Depreciation).  Please note that there is no carry forward for depreciation.  Once this is completed, it will apply any remaining tax liability to the investment tax credit (ITC).  Any unused amount of the ITC can be carry-forward to future periods.

Then calculate the tax liability using both a 35% and 15% tax rate, and the bonus MACRS depreciation and traditional MACRS Depreciation.

An analysis of the data reveals the following:

A border adjustment tax (BAT), is a valued added tax levied on imported goods.  It is part of the proposed overhaul of the tax code suggesting a sweeping redesign of the current corporate tax framework, which it calls a destination-based cash flow tax (DBCFT).  If enacted, it could raise prices of solar equipment from foreign equipment manufacturers by as much as a 20% tax on imports.  This could have an adverse effect on the demand for installations, which would also negatively impact solar financing.  The adoption of the border adjustment by the United States will cause both double taxation of import flows and non-taxation of export flows, which is inconsistent with the principles of international tax treaties currently in place.

The potentially high incremental tax burden generated by the border adjustment may indeed provide sufficient incentives for companies to relocate some of their foreign manufacturing operations to the United States.  However, this does not guarantee that the product costs will be as low as they were prior to the border adjustment.

Because the border adjustment is essentially trade policy affected through tax policy, it is conceivable that other countries will adopt similar tax policies, tantamount to trade retaliation.  If all countries adopted a border adjustment and adjusted import and export prices to zero, a company’s effective tax rate will equal the weighted average of the corporate tax rates in each country.

A reduction in the tax rate may not have a negative impact on deciding to invest in a solar project.  The decision factors may include more than just tax liability savings, such as future cash inflows and return on investment.     However, until there is legislative change and a final “bill” is approved, we cannot determine the impact.  Congress utilizes the legislative process to pass federal laws; this process begins when either a Senator or Representative prepares a proposed law (also called a “bill”).  The “bill” is approved by congress and then sent to the President; when the President signs the “bill”, it becomes law.  During this process there are multiple hearings.  The average time it takes to have a “bill” passed into law is 263.57 days so some time will pass before tax changes are cemented.  In the meantime, be prepared by analyzing various tax rates and their impact on project economics.

How the Suniva Trade Dispute is Reshaping the Solar Industry 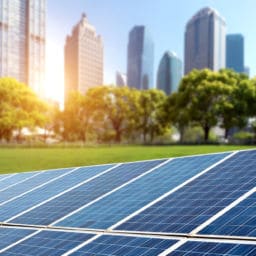 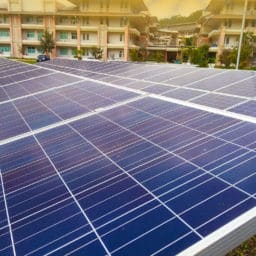 California has become a leader in the development of renewable energy principally due to technology, policy, and capital. Therefore, California attracted the most energy patents, with many being in the solar development category. California is considered to be an early… 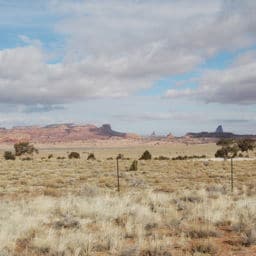