The Effects of COVID-19 on Solar EPCs and Off-Takers, and How the Stimulus Bill Can Help 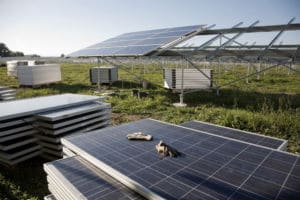 With the novel coronavirus threatening industries of all types around the globe, the solar industry in the United States has faced some challenges. As Abigail Ross Hopper, president of the Solar Energy Industries Association(SEIA), recently stated, “It’s really across the board a pretty significant crisis in the solar industry in addition to a significant crisis in the overall economy.”.

While it is still far too early to tell how greatly the solar industry will be affected, many EPCs and Off-Takers are facing drastic changes to how they do business, or even their ability to operate, period. In this article we will go into further depth on some of the issues being faced, and how the government’s reaction may affect the future of the solar industry.

One of the first issues faced by EPCs after the onset of COVID-19 in China was a disruption in supply chains since most vital solar panel equipment is manufactured in Asian countries hit earliest by the pandemic. While China itself is the primary source for most solar panel manufacturing, other countries such as South Korea, Singapore, Vietnam, Malaysia, and Thailand were all impacted by the coronavirus outbreak as well, causing delays to many projects in the U.S. 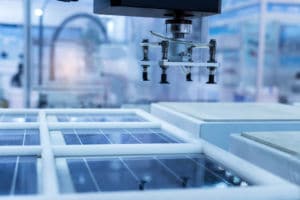 The secondary problem caused by these supply chain delays is the issue that many current projects rely on a “safe harbor” provision which retains the 30-percent investment tax credit for projects that began in 2019, so long as materials are received within 105 days. That tax credit will drop to 20 percent in the case that supplies are shipped after the 105-day limit, which could cause a cascading effect on state incentives or tax treatment for these projects.

While it is still possible that the newly drafted legislature could provide an exemption for these unfortunate projects, there are no guarantees currently as industries across the board plead with congress for assistance.

Social isolation measures have caused a tertiary problem of labor shortages in heavily affected states, as construction may need to be delayed on certain projects, especially residential installations during the lock-down period.

Many C&I, non-profit, government and religious off-takers have been heavily affected by quarantine measures, as non-profits and religious institutions struggle to continue fundraising efforts and schools and other non-essential businesses have been forced to either close or go fully remote.

On a brighter note, some off-takers are seeing this crisis as a strong confirmation of the benefits of solar energy, as hospitals especially are pulling more power than ever due to increased patient numbers and the addition of power-hungry machinery such as ventilators.

How the Stimulus Package Can Help Struggling Off-Takers and EPCs

Unfortunately, the final $2 trillion COVID-19 stimulus package did not include any solar tax credit extensions despite some efforts to include them. This will likely not be the final piece of legislation passed to help ease economic hardship caused by the shelter-in-place orders, however, meaning industry hopefuls could still see targeted aid for the solar industry in the future.

In the meantime, long-term unemployment insurance, business loans and other inclusions to the bill may help families and small businesses struggling under the lock-down and could help EPCs and off-takers stay afloat until they are able to resume regular operations.
The following are some key sections from the stimulus bill that could aid small businesses and non-profits:

While these provisions are far from a perfect solution, hopefully, they can buy time for further legislation to continue supporting struggling businesses and nonprofits during this time. 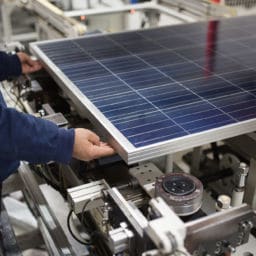 Solar Energy can Help Us Through the COVID-19 Crisis

These are difficult times for everyone. Businesses and individuals across the world have been affected to varying degrees by the onset of COVID-19 and the related shut-downs. As the United States continues to increase containment measures, things may look bleak…